The following students were named the MAY STUDENT ROCKSTARS at Lehman. Here's what the faculty said about each student. 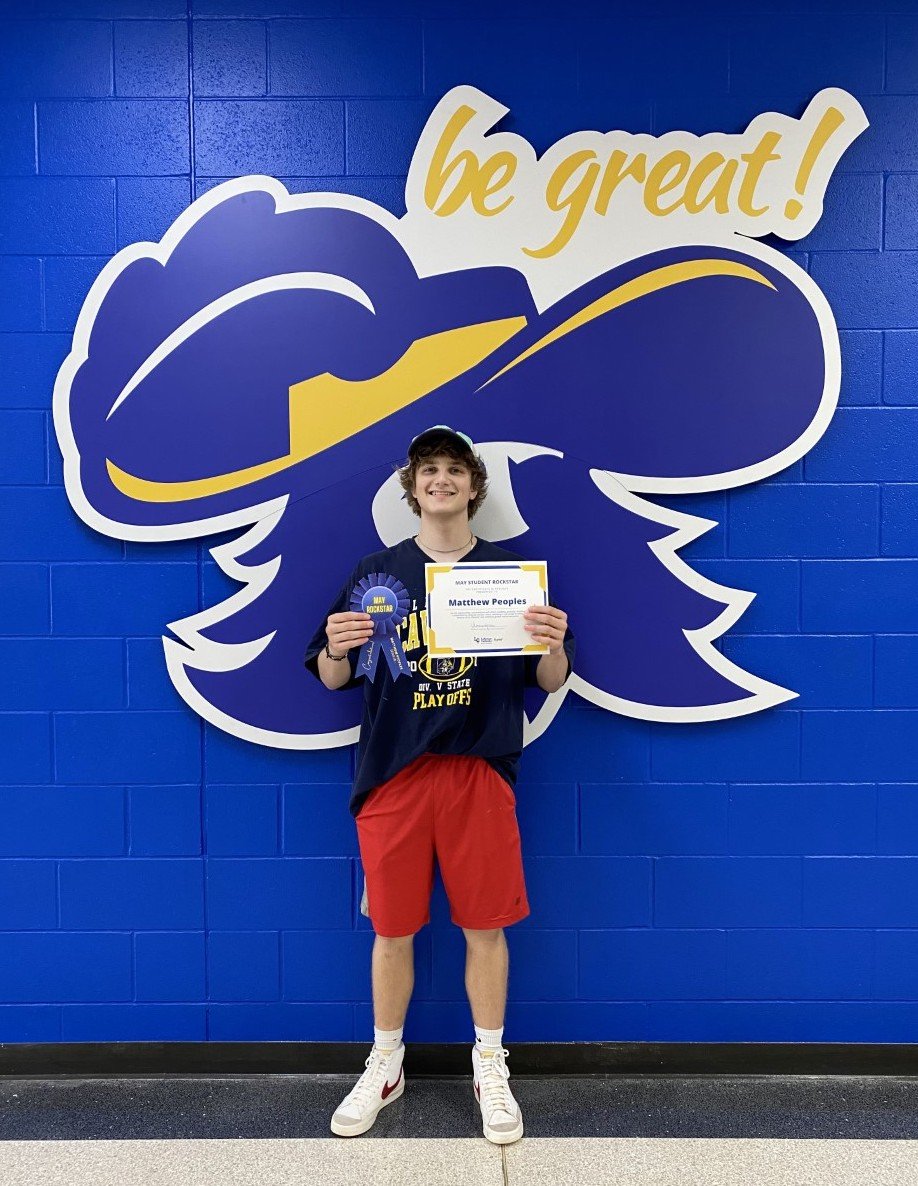 Senior: Matthew Peoples | "Matthew is one of my 'sleeper cells' in class, meaning he tends to fly under the radar but produces really good, thoughtful work. This young man has worked well during classes, has (for the most part) been on topic, comes to class prepared, and has been successful at organization and task completion. Academically and professionally, he has a bright future, and this is complemented by the respect he shows for his teachers and classmates, his good attitude, diligence, and sense of camaraderie with his peers. It's been a pleasure to teach him this year and he's been a good sport sitting in one classroom for two consecutive classes and through some of the same jokes every day." 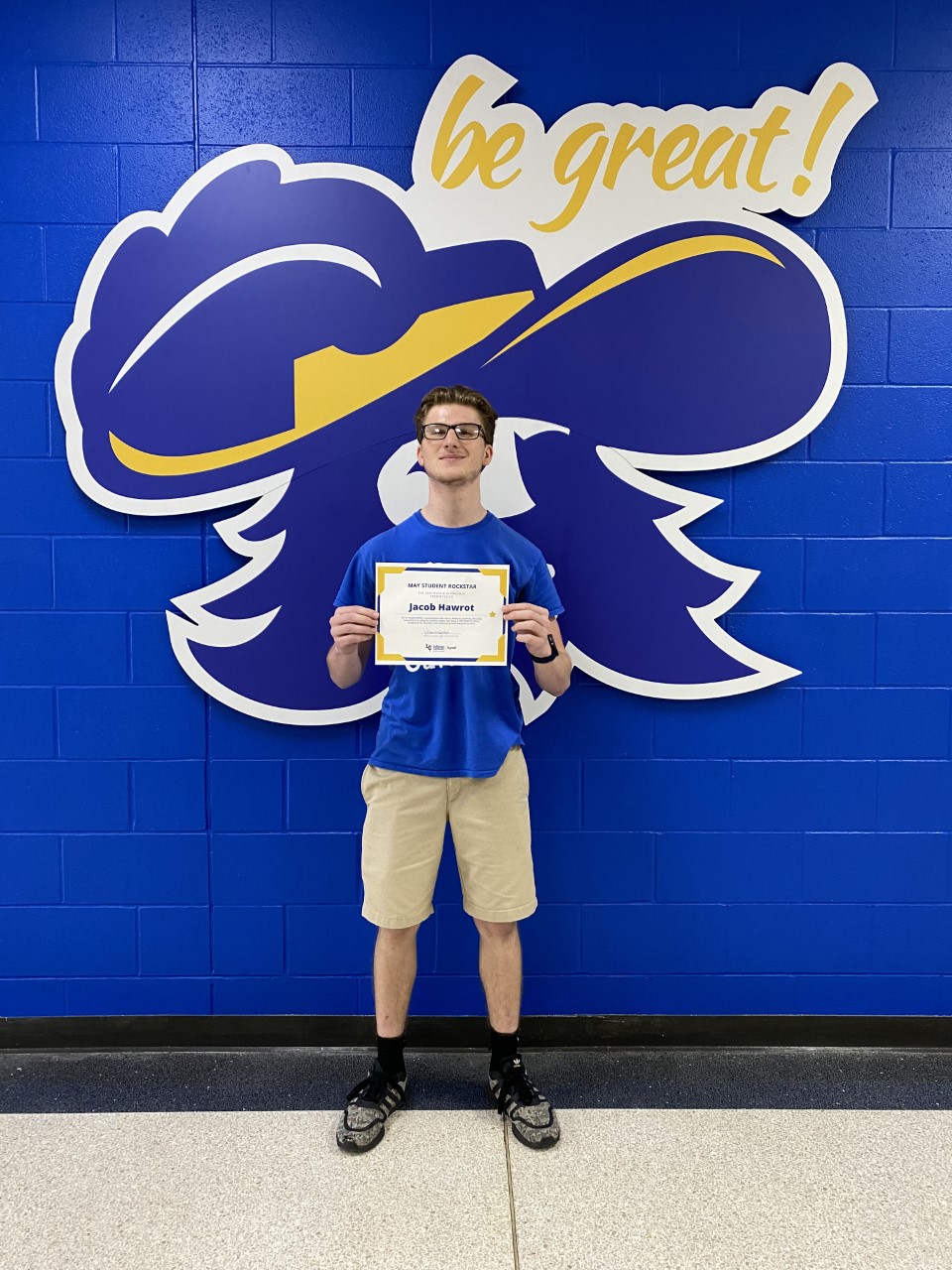 Junior: Jacob Hawrot | "He has taken pictures for the yearbook at many events. One recent event was the Senior Awards Night. After taking pictures at the event, he stayed after the event and helped take the blue floor mats up and stack them on the carts. He has provided music for events throughout the year (basketball games and feast day meals in the gym, to name a couple). Several times throughout the year I have had problems with my computer, and he has helped me figure out what I need to do to correct the problems." 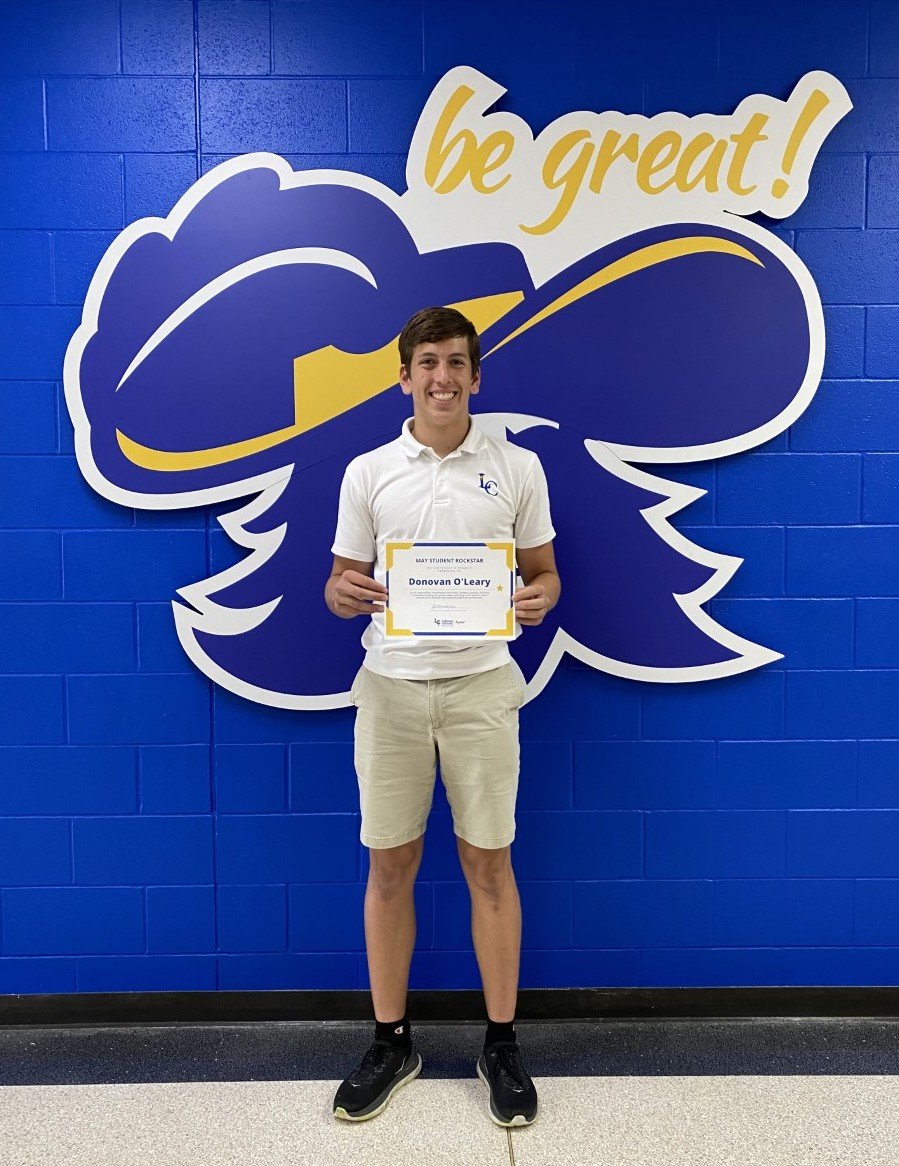 Sophomore: Donovan O'Leary | "Donovan has had a lot of success both academically and athletically this year. While he has been blessed with talent, Donovan's achievements come primarily from his focused and relentless work ethic. Being the quarterback of the football team, I have seen him grow as a leader and accept the responsibility of being a role model for the student body. Most importantly, Donovan expresses the value of his family and faith to keep life in perspective." 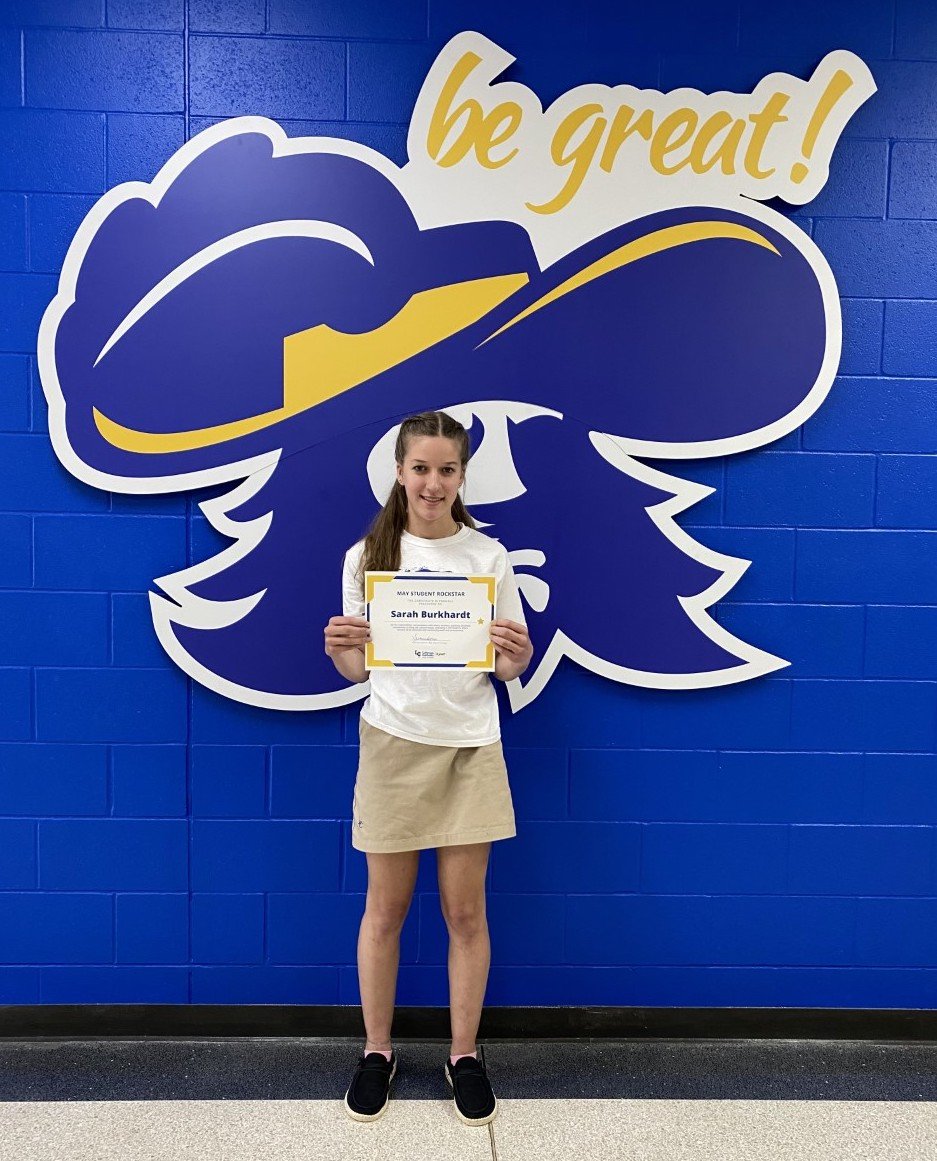 Freshman: Sarah Burkhardt | "Sarah is a very driven student who I appreciate having in class each day. She always comes ready to work and turns in assignments promptly. Sarah serves as my barometer in the room for how things are going and is a great example of grit and determination."
Way to go, Cavaliers!